Should You Direct Your Focus To These Trending Tech Stocks?

After seeing a steady uptrend over the past two weeks, tech stocks were once again facing another wave of pullbacks. The tech-heavy Nasdaq slid by over 3% yesterday, its worst day since February 25. This was likely because of the spike in U.S. bond yields fueling equity valuation concerns among investors. Sure, you could argue that rotating towards the top reopening stocks would seem like the move to make now. This would especially be the case with growing vaccination efforts and the current stimulus checks being distributed.

Alternatively, a case could be made for the tech industry as well. Businesses and organizations that have come to rely on the top tech companies will likely continue to do so moving forward. Take CrowdStrike (NASDAQ: CRWD) and PayPal (NASDAQ: PYPL) for example. Organizations will still require CrowdStrike’s cybersecurity offerings well into the future as cyberthreats develop. Meanwhile, consumers would turn to PayPal for all their digital transaction needs regardless of the state of the world. While yesterday’s selloffs may say otherwise, the tech industry remains home to some of the top growth stocks now. Nevertheless, if you are looking for tech stocks to add to your portfolio, here are four in focus now.

Best Tech Stocks To Buy [Or Sell] This Week

Starting us off is multinational eyewear tech firm, Vuzix. To summarize, Vuzix is a leading manufacturer and supplier of wearable display and augmented reality (AR) tech. These range from personal displays to wearable computing devices. In theory, the company’s products would serve as useful quality-of-life upgrades amongst several key industries. For instance, the company’s M400 Smart Glasses were recently employed by medical students for distance learning. This is but one application of Vuzix’s tech. More importantly, VUZI stock closed yesterday within striking distance of its all-time high seen earlier this month. Given the busy week, Vuzix has had, I can understand why.

To begin with, Vuzix posted its fourth-quarter fiscal on Monday. In it, the company saw a massive 117% year-over-year surge in total revenue for the quarter. Accordingly, Vuzix cites higher sales of its smart glasses and related engineering services as key factors of this growth. Next, the company also received a $400,000 order for its M400 Smart Glasses on Wednesday.

According to Vuzix, the customer is a Fortune 100 U.S.-based insurance and financial services company. If that wasn’t enough, The Cooper Companies (NYSE: COO) also deployed Vuzix’s wares to optimize its warehouse management operations. It seems like Vuzix is kicking into high gear right now. Would you say this makes VUZI stock a buy?

Another top tech company hard at work this week would be e-commerce juggernaut, Amazon. For the uninitiated, the multinational tech company is the leading name in the fields of e-commerce and cloud computing right now. Aside from that it also has divisions that focus on digital streaming and artificial intelligence. Both of its flagship businesses were significantly boosted by the pandemic. We saw this as homebound consumers flocked to Amazon’s digital commerce services and organizations shifted to the cloud. As most would know, all this culminated in the company posting a record revenue of $125 billion in its recent-quarter fiscal. Sure, AMZN stock has mostly been trading sideways this year. But, Amazon does not seem to be slowing down in the least.

On Wednesday, Amazon announced that it would be expanding its virtual health program, Amazon Care (AC). The expansion will cover all of the company’s U.S. employees starting this summer. In short, AC entails free telehealth consultations along with an array of chargeable primary care services.

Then, on Thursday, it was also revealed that Amazon is testing electric delivery vans in San Francisco. The company plans to extend this program to over 14 cities later this year. All in all, Amazon seems to be firing on all cylinders, to say the least. Does this make AMZN stock worth investing in at its current valuation? You tell me.

Following that, we have Snap Inc. In brief, Snap is a California-based camera and social media company. The most notable of its tech services would be the social media app, Snapchat. Generally, users can send pictures and videos to one another via the app, supplemented by AR filters and other user-created content. By Snap’s latest estimates, the platform currently boasts over 265 million daily active users. Thanks to its growing user base, Snap saw a 62% year-over-year leap in its fourth-quarter revenue last month. Even after the recent tech pullback, SNAP stock is looking at gains of over 500% in the past year. Despite all this, Snap continues to break new ground.

Just this week, it was reported that Snap acquired Berlin-based software company Fit Analytics. In detail, Fit Analytics’ flagship product is the Fit Finder, a software that helps online shoppers with clothes shopping. How does it do so? Through a combination of machine learning and customer-given information, Fit Finder helps consumers pick best-fit clothing. 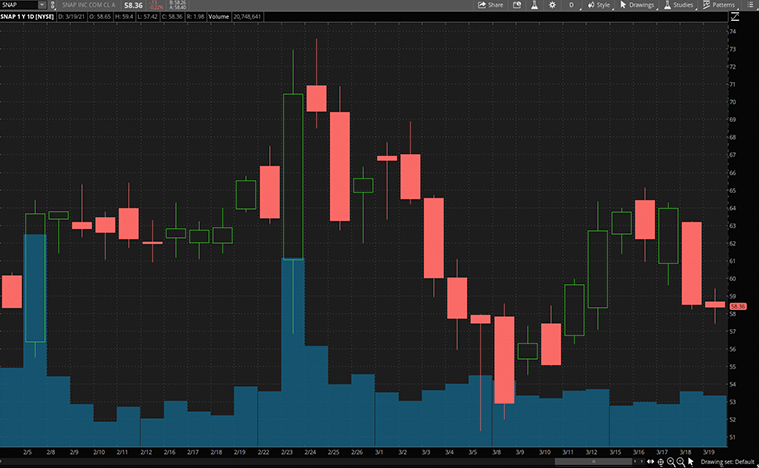 According to Fit Analytics, the duo will focus on scaling and integrating its services into Snapchat. It seems that Snap is bolstering its e-commerce and in-app purchase services. By extension, it would be further diversifying its revenue streams. Does this mean that SNAP stock has more room to run this year? I’ll let you decide.

In the world of tech, Alphabet is among the biggest players on the scene. Namely, most consumers would be familiar with its Google division. From its leading internet search engine to its world-renowned smartphone operating system, this would be the case. Now, most seasoned investors would know that GOOGL stock is amongst the FAANG stocks that dominate the tech industry now. Compared to its peers, GOOGL stock appears to be leading the pack this year with year-to-date gains of over 15%. However, the company’s shares took a breather falling a modest 0.88% during last week’s trading session on account of Google’s latest announcement.

The company announced yesterday that it would be investing $7 billion in its data centers and office spaces this year. Now, that is a fair amount of money. So much so that it might have spooked some investors when coupled with the recent hike in bond yields. Regardless, the company’s strong financial position would allow for such aggressive moves. Looking past the numbers, Google is working on expanding its data centers and offices across 19 states. 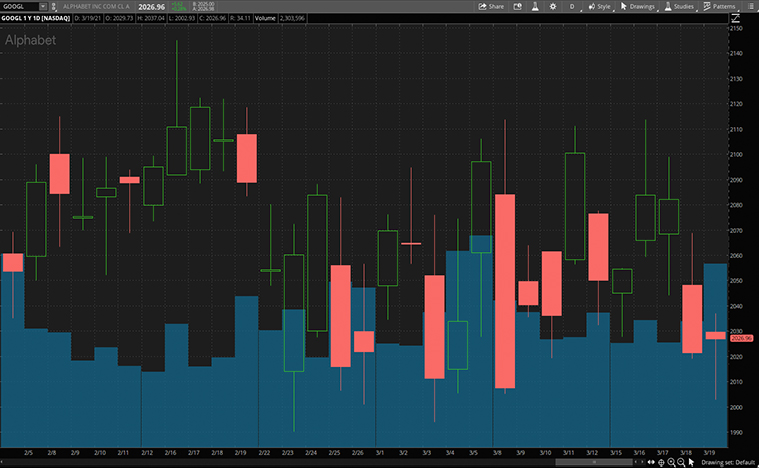 Ideally, this expansion would improve the reach of its cloud computing services while bringing on additional manpower. If anything, Google appears to be gearing up for a busy year ahead. Could now be a good time to invest in GOOGL stock? That remains to be seen.

This is What Scared the Inventory Market This Week

This 1 Stock Market Chart Will Make You a Smarter Investor