(March 27): There are superlatives aplenty for the fierce comeback of Asia’s value stocks this quarter: They’re set to trounce growth peers by the most in two decades. Finance shares bested all other sectors. Last year’s abandoned market, Singapore, is now an investor darling.

Even as some pockets no longer look cheap, value-focused investors say money can still be made from these economically sensitive stocks. T Rowe Price has turned to Chinese airports and travel portals. Fidelity International prefers China’s old economy sector leaders. Finance stocks were frequently mentioned, too.

Asia value stocks have outperformed their growth counterparts by almost eight percentage points this quarter. That’s the most since the dotcom bubble burst. Vaccine rollouts, a spike in US Treasury yields and economic recovery expectations spurred a rally in 2020’s losers, sending stocks like Japanese banks and Macau casinos back to their pre-pandemic levels.

“We agree a lot of the ‘reopening’ stocks have bounced very hard, but there are some pockets of opportunity that continue to be attractive,” said Ernest Yeung, a portfolio manager at T Rowe Price. His Emerging Markets Discovery Stock Fund beat 97% of peers this year.

Yeung said opening up China’s borders earlier than expected will benefit the country’s airports and online travel portals. He sees opportunities in Southeast Asia and thinks valuations of financials in emerging markets are relatively attractive.

A prolonged rotation into value stocks requires a positive earnings cycle and higher expectations for inflation, said Jing Ning, a portfolio manager for Fidelity’s China Focus Fund. “There are some signs these shifts are taking hold.”

Ning’s fund, which beat 94% of peers this year, is overweight financials, energy and materials among sectors. She favours Baidu Inc, a value turnaround play, and “national champions in old economy sectors.” 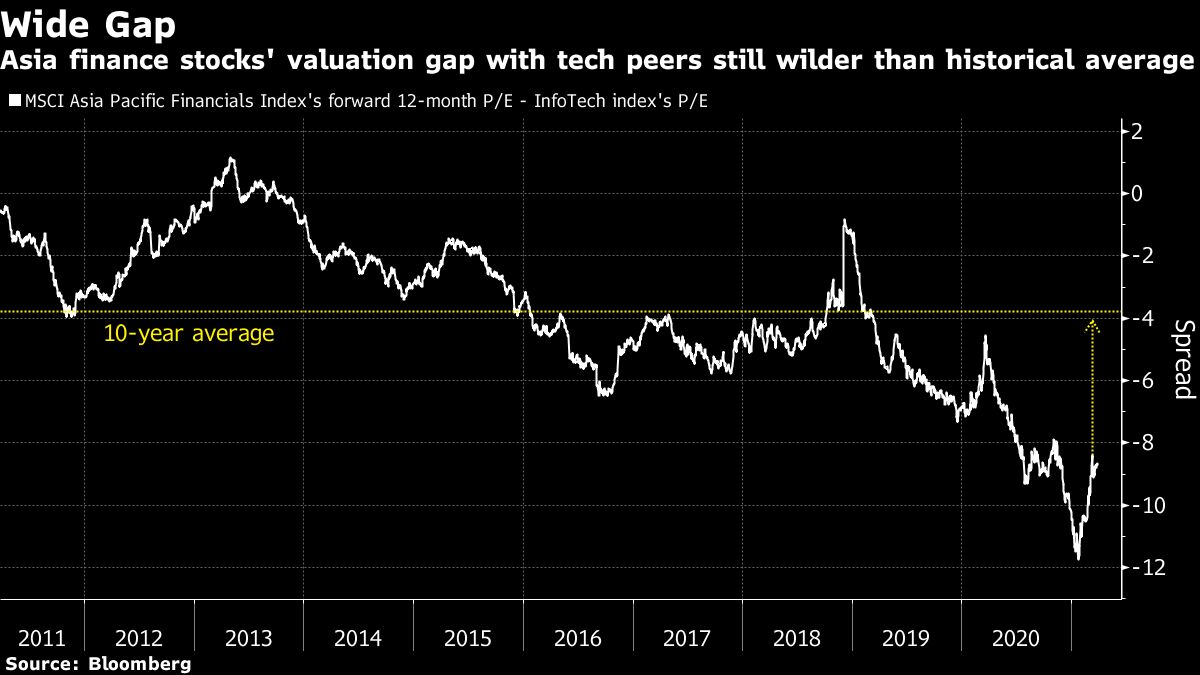 For example, an MSCI index of Asian financial shares trades at 10.5 times profit for the next 12 months, compared with 19 times for technology shares. While the gap has narrowed, it’s still wider than its average in the past decade.

That said, Ora said focusing on cyclical sectors will be a short-term move with growth stocks resuming their lead once the rally runs its course.

History has shown value stocks’ spikes tend to be short-lived: Last year, the cohort surged in March, then fizzled. They jumped in May, then went splat. The rise in November held longer, but also faced a reversal in January. 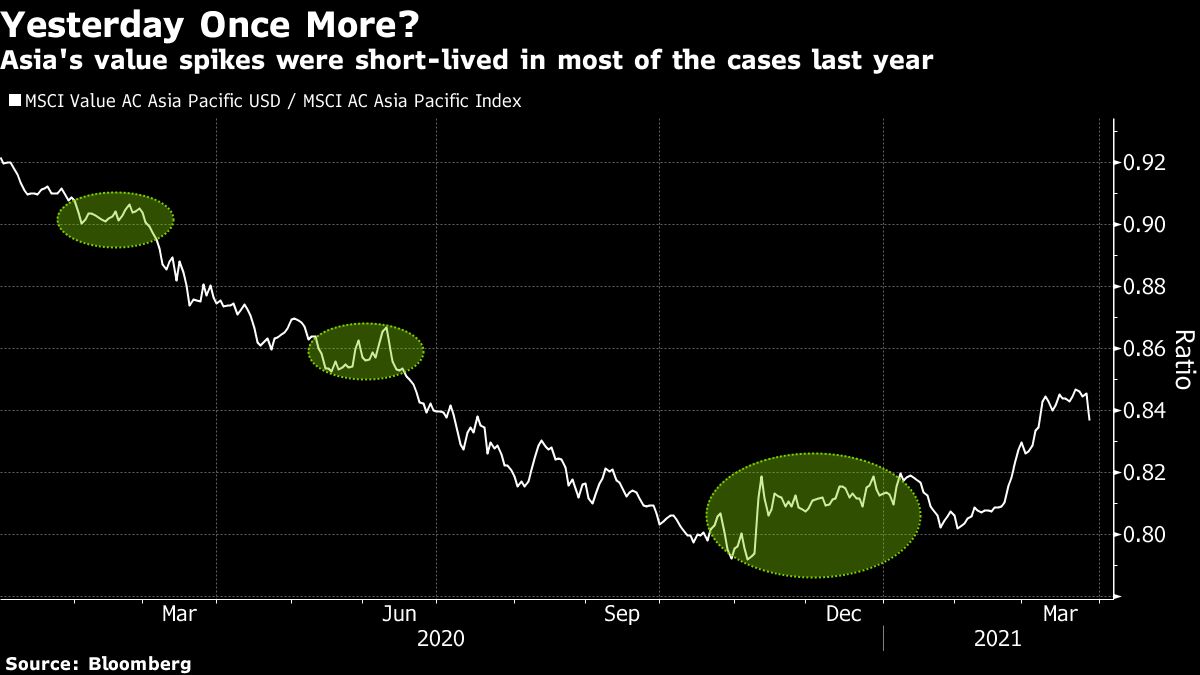 One thing’s for sure, a faster economic recovery will support value stocks. Next week, Bank of Japan’s Tankan survey for the first quarter and China’s official manufacturing PMI for March may give investors an opportunity to gauge the health of the region’s economic recovery.

“The global rotation from growth to value should be only halfway done,” said Kelly Chung, a fund manager at Value Partners Hong Kong Ltd. “We expect the long-end of the curve would climb further.”

100 Days Since Cyberpunk 2077 Was Removed from the PS Store, and Mysteries Still Remain

One fan’s mission to keep baseball alive in Southeast Asia