JAKARTA — When the United States Commerce Department signaled in late 2019 it was leveling anti-dumping duties on Chinese-made bed frames, nightstands and other bedroom furniture, one Indonesian furniture maker saw an opening.

Integra Group of Sidoarjo, East Java, doubled down on expansion plans, bringing to nearly 500 billion rupiah (S$46 million) the amount it was spending over two years on equipment like wood veneer laser cutters, saws and computer-controlled routers that can etch patterns into a wooden panel within minutes.

Now, with Chinese-made furniture facing US countervailing duties of up to 200 per cent, Integra’s orders have ballooned.

During the first two months of the year, new and existing customers, including Swedish home furnishing giant Ikea and US retailers such as Target and Costco, have peppered the company with 1.8 trillion rupiah in orders, eager to avoid steep mark-ups in the showroom.

“We saw the potential for our business so we expanded capacity,” Mr Wendy Chandra, Integra’s corporate secretary, told The Sunday Times. “Our big buyers and new buyers keep coming to us.”

Thrown into the deep freeze with the start of the Covid-19 pandemic just over a year ago, the region’s economy is on the move again.

Investors and analysts say it is getting a lift from unresolved US-China trade tensions.

Last Wednesday (April 28), the Asian Development Bank said it expects South-east Asia’s gross domestic product to grow 4.4 per cent this year, accelerating to 5.1 per cent in 2022.

Indonesia also said last Wednesday that realized foreign direct investment (FDI) jumped 13 per cent during the first three months to March to US$7.7 billion (S$10.3 billion) from a year earlier.

In Vietnam, pledges of foreign capital rose more than 18 per cent to US$10.1 billion during the same period. 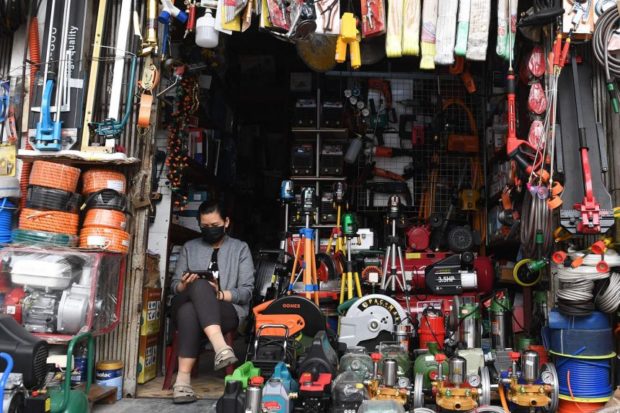 A woman waiting for customers at a shop in Hanoi, Vietnam. Pledges of foreign capital in the country rose more than 18 per cent to $13.4 billion during the first quarter of this year, from a year earlier. PHOTO: AFP

In Malaysia, which saw FDI crater by two-thirds last year, and in Thailand, where it halved, there are also promising signs of a turnaround.

Microsoft said it would invest US$1 billion over five years to build data centers in alliances with Malaysian local businesses and government agencies.

In Thailand, exports climbed nearly 8 per cent in the first quarter, setting aside highly volatile items like oil and gold and taking into account an uptick in imports.

Mr Naris Sathapholdeja, head of analytics at Thailand’s TMB Bank, reckons capital inflows may total US$4 billion during the first three months of the year – a U-turn compared with a deficit of US$7.3 billion at the end of last year; the most since at least 2005, according to the Bank of Thailand’s online data.

Starting in 2017, there was a sudden surge in the numbers of China-based investors relocating operations into Asean and big Asian economies such as Japan and South Korea, as some Chinese investors and foreign-owned companies attempted to side step trade frictions between China and the US.

Of 33 announcements about operations relocating to Asia, 14 were slated to go to Asean countries, the April 7 report said.

Late last year, Indonesia unveiled a memorandum of understanding with South Korea’s LG Energy for investments worth nearly US$10 billion to make batteries for use in electric vehicles in Batang, Central Java.

In July, Indonesia’s Investment Coordinating Board announced US$850 million in mid-sized deals that would see seven companies, including Japan’s Panasonic and auto parts giant Denso, move factories from China to a 4,000ha Batang industrial park.

To be sure, because of its massive market, supply of trained labour and well-developed domestic supplier base, China is still attracting investment.

The Amro report said of the 33 projects headed for Asia last year, nine were slated for China. 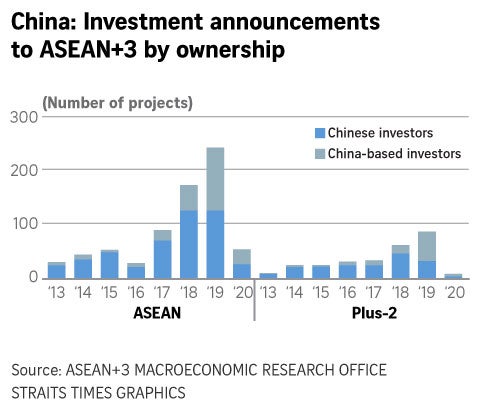 France’s Dassault Systemes has decided to move its Asia-Pacific headquarters from Tokyo to Shanghai.

Amro chief economist Khor Hoe Ee, who co-wrote the report, told The Sunday Times that labour-intensive businesses, including electronics, textiles and furniture, will be among the businesses most likely to shift their operations because they were less able to cope with steeper tariffs or geo-political shocks.

Reforms, such as Indonesia’s so-called omnibus labor and investment laws, which promise to shrink the time it takes to secure approval for projects while making it easier to contain wage hikes, will give economies an edge over their neighbours as investment picks up.

“There’s a lot of potential for companies to move out of China and into Asean,” Dr Khor said.

“Countries are positioning themselves to attract investment.”

Don’t miss out on the latest news and information.

Leon Cooperman made a bearish stock forecast, said rich people should pay more taxes, and addressed his Elizabeth Warren feud in a recent interview. Here are the 10 best quotes.