CGTN Europe’s new podcast The Answers Project seeks to solve some of the world’s most burning ethical, scientific and philosophical questions. In this episode, journalists Stephen Cole and Mhairi Beveridge discuss one simple question: Why don’t we have a global currency?

It’s two decades since the euro was introduced and while the course has hardly run smooth, the adoption of a new currency begs the question: Why hasn’t the world ever embraced a single global currency?

Some answers jump immediately to mind: suspicion, nationalism, loss of sovereignty, lack of flexibility and, arguably, a lack of the widespread will to do it. But there could be advantages, and it’s a topic that economists have considered for many years.

China’s Two Sessions at a glance

One such economist is Michael Roberts, who spent decades working in financial institutions and has written several books on the world economy. You can safely file him under “enthusiastic” about the idea.

“I think it would be a fantastic advantage if we have a global currency,” he tells CGTN Europe, “because it would mean that wherever you are, whatever you’re doing, you’ll know that the currency you’ve got can be applied, buy, sell, move your money around in exactly the same currency. Just imagine: all exchange risk would be removed.”

Up to the middle of the 20th century, there was a global currency: it was gold

Roberts recognizes, though, that this would take a lot more than the mere printing of banknotes. “An international currency requires a high degree of international cooperation and harmonization by all the major economies around the world.

“It needs much more than just a currency. It needs the backing of gradually moving to an equalization of productivity around incomes around the world, the end of inequality of incomes and wealth around the world. Can you imagine how difficult that is at the moment to achieve?”

Roberts notes there is a global financial asset, not unlike a currency, called the Special Drawing Right (SDR) – and he explains that the reasons for its existence are rooted in the economic abandonment of a previous currency you will definitely have heard of.

“Up to the middle of the 20th century, there was a global currency. It was gold,” he says. It wasn’t just a precious metal: “It was a commodity currency, it was a physical currency. Central banks and governments held reserves of gold. People traded in gold and it was seen as a common currency acceptable to all nations around the world.” 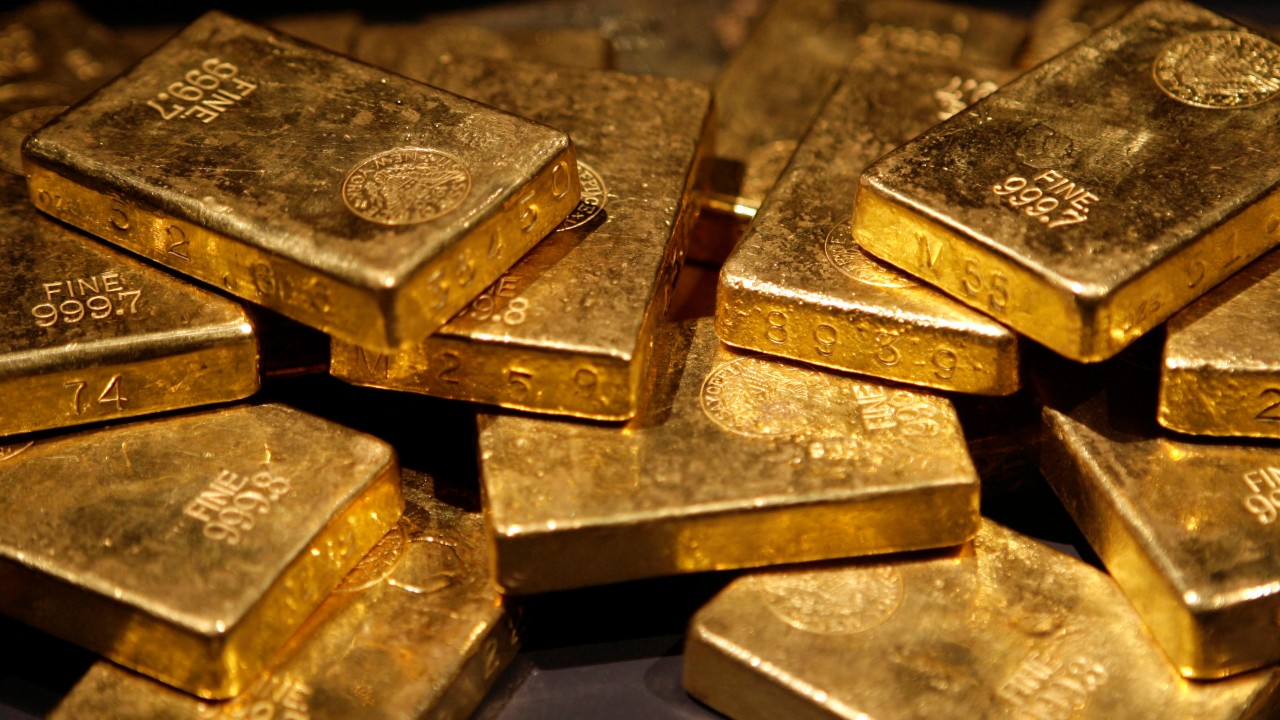 Gold was, for a long time, the world’s default global currency. /Seth Wenig/AP

Gold was, for a long time, the world’s default global currency. /Seth Wenig/AP

Countries everywhere pegged their own currencies to the gold standard, basing them on their own gold reserves. As U.S President Herbert Hoover told his successor Franklin D Roosevelt: “We have gold because we cannot trust governments.”

However, when countries wanted to borrow more money during times of crisis, they unhitched from the gold standard. The UK and Japan left in 1931, the U.S. in 1933, France in 1936.

Set up after World War II to stop the cycle of boom and bust, the World Bank and International Monetary Fund (IMF) came up with the SDR.

“The IMF was set up to provide liquidity support for countries, so that if they did get into difficulties they could get emergency funding or credit. The only way to provide sufficient backing was to launch a Special Drawing Right, an international currency, with the agreement of the leading members of the IMF so that they had a liquidity base to their activities. 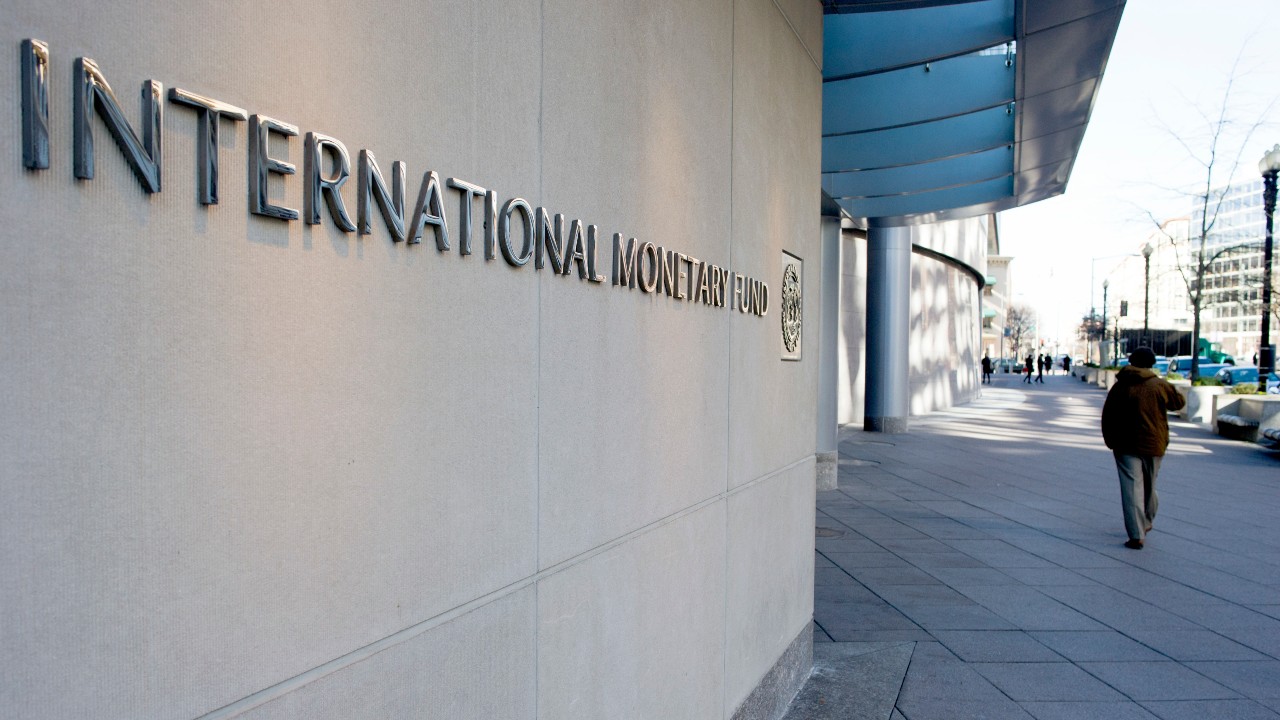 The Washington DC headquarters of the International Monetary Fund – set up to provide support for countries in need. /Cliff Owen/AP

The Washington DC headquarters of the International Monetary Fund – set up to provide support for countries in need. /Cliff Owen/AP

“It’s still quite small, only about a trillion dollars. In the current crisis there was talk about doubling that so that the IMF has got more funds to lend to people, but so far nobody’s agreed to that because it would mean an increase in the amount of liabilities that each national government has got to take for the IMF’s lending.”

The value of the SDR is backed up by a basket of five different international currencies which get reviewed every five years – the U.S. dollar, the British pound, the euro, the Japanese yen and the Chinese yuan. But it’s a largely theoretical financial instrument – you couldn’t buy your online groceries with it.

While it might not work down at the public level, the SDR is a part of the globalized banking system. Rebecca Christie, a former financial journalist turned visiting fellow with the Bruegel think tank in Belgium, has spent her whole career thinking about monetary policy and debt.

“When we’re talking about a global reserve currency, we’re really talking about the type of monetary asset that people around the world like to have on their books, whether or not that’s the currency that they use in their day-to-day transactions,” she tells CGTN. “Money is a means of payment, it is a store of value, and it’s also this sort of financial reference point for people working in a global context.”

It’s not like if you show up with a dollar in a part of the world, people will say ‘Never heard of it’

By that definition, the U.S. dollar has been the default global reserve currency for decades. Most central banks around the world are very happy to hold dollars, on the basis that is trusted – an essential quality for banking.

“It’s something that’s recognized,” says Christie. “It’s not like if you show up with a dollar in a part of the world, people will say ‘Dollars? Never heard of it.’ People have confidence that if they have a Treasury bond, they can keep it as long as they need and they can sell it absolutely any time they want. And it’s that level of confidence that really makes a reserve currency tick.” 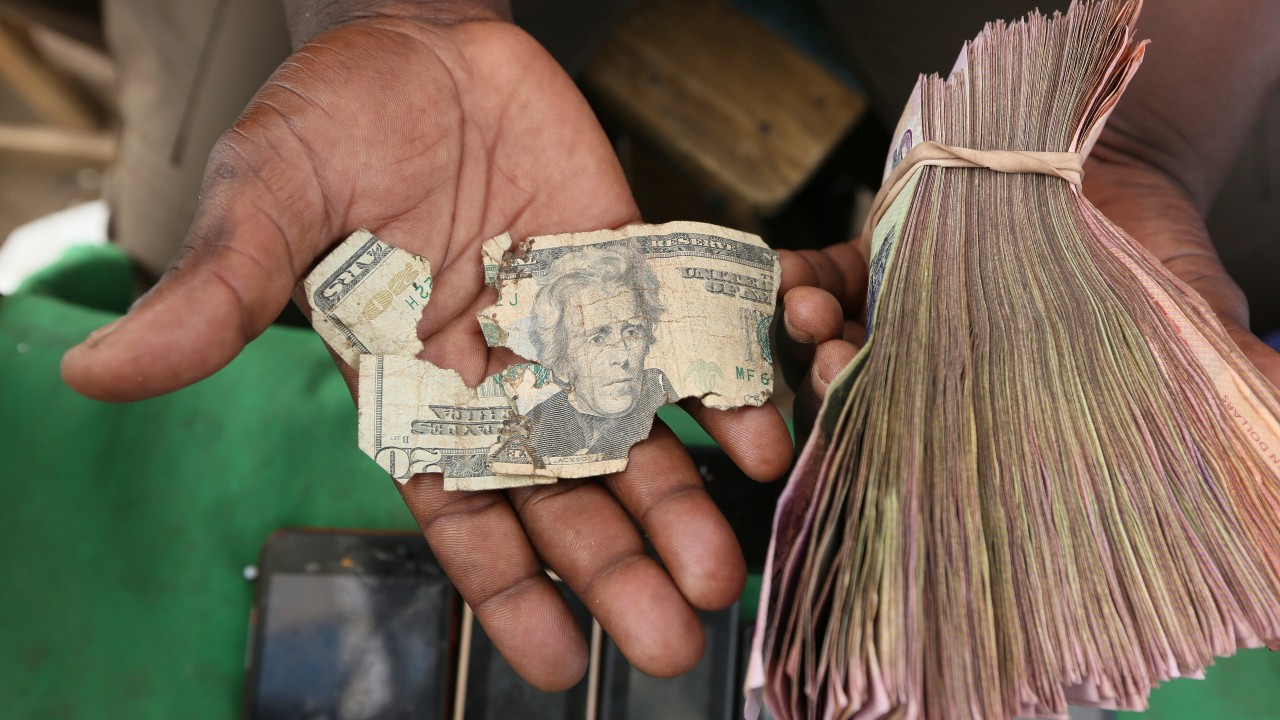 Amid Zimbabwe’s financial crisis, even tatty and torn U.S. dollars could be used as currency at markets. /Tsvangirayi Mukwazhi/AP

Amid Zimbabwe’s financial crisis, even tatty and torn U.S. dollars could be used as currency at markets. /Tsvangirayi Mukwazhi/AP

But if banking is based on confidence and trust, then it is facing one of its largest ever existential crises. We’re told that cryptocurrencies and other new digital currencies are going to end government control of money and bring down the banks, while Facebook is setting up its own digital currency, Libra.

Perhaps that can be dismissed as a storm in a social-media chat room, but even Mark Carney, before he left his job as the governor of the Bank of England, talked about ditching the dollar. Is the world system set to change?

Will the dollar remain dominant?

Jim O’Neill, chair of the international think tank Chatham House, has worked for Goldman Sachs and the UK government’s Treasury, not to mention coining the acronym BRICs while predicting the rise of Brazilian, Russian, Indian and Chinese economies back in 2001. Can he foresee the death of the dollar as the default currency?

“You can’t be the world’s dominant currency to the degree in which the dollar is today if you don’t have the same degree of domination of the world economy,” he tells CGTN.

In this digital era, there may be whole new forms of international medium of exchange other than traditional currencies

“One of the reasons the dollar has been so dominant for so long is other potential alternatives – notably the euro or before that the Deutschmark and today, to some degree, the Chinese RMB and at times the Japanese yen – their governments and policymakers have been reluctant to allow their currencies to be so widely used in the way that the dollar is, because there was a consequence that sometimes might not be good either.

“Then in this digital era, there may be whole new forms of international medium of exchange other than traditional currencies. And they’re going to play their own role as well.”

However, Christie doesn’t think cryptocurrency will ever work without the backing of central banks and governments. “A currency does not work unless you have a central bank standing behind it,” she says.

“Central banking is at its heart tied to other forms of political government. So unless we had a global central bank – which we would not have, because we do not have a global government and a global ‘country’ – you can’t really have a currency.”

The euro represents perhaps the closest humankind has come to enforcing a top-down currency over a wide area, and the continent-wide currency’s ups and downs demonstrate the potential problems of inflexibility over a wide and varied area.

Michael Roberts notes a couple of inconsistencies at the time of the euro’s introduction which have subsequently widened the gap between Northern and Southern Europe.

“The German mark was replaced by the euro, which was weaker – so German goods and services could be exported to the rest of the European Union at a fairly cheap rate,” he says. “Also, the opening up of Eastern Europe enabled Germany to move a lot of its industrial and other manufacturing entities to take advantage of lower wage rates and lower costs. 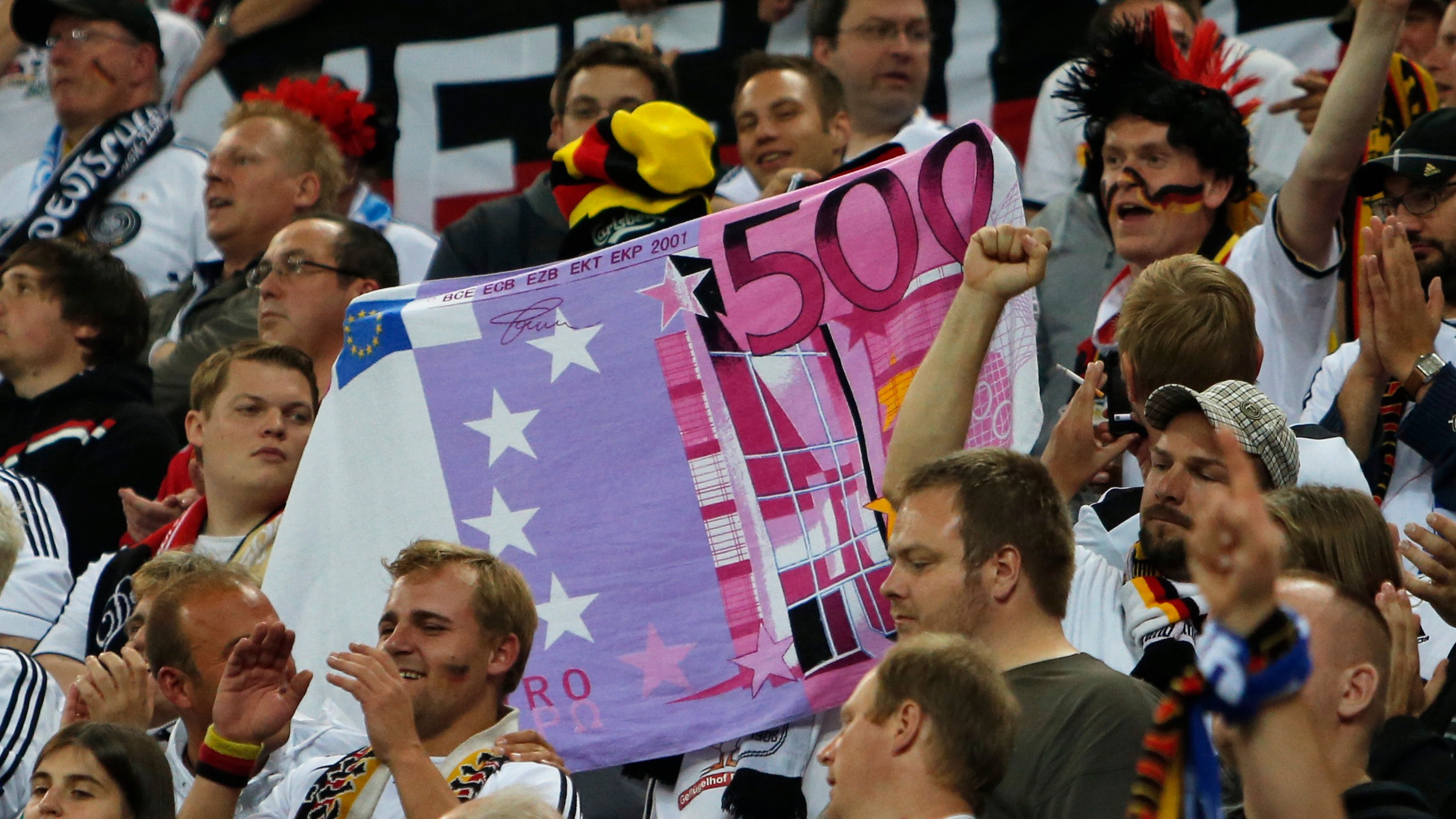 “That wasn’t an advantage that was available to the countries like Italy or Spain or Portugal, Greece in particular. And so they’ve not really been able to take advantage of that. As a result, the imbalances have risen.”

That necessitates a near-impossible political balancing act which is often far from universally admired. Roberts notes that Europe’s methods to alleviate the 2008 Global Financial Crisis were “so harsh that it led to a major crisis in Greece, which nearly brought a break-up of Greece” – while from the other side, says Christie, “It was perceived that countries that had screwed up their finances wanted the other countries to bail them out.”

The limits of union

Christie agrees that there is a limit to the potential of monetary union. “Joining under a single central bank only gets you so far if that central bank is limited in what it can do to support the individual economies that work together,” she says.

“If those economies don’t also agree that they will support each other financially, then you see that the system is not as equally balanced as it could be.

“Now we have a situation where the threat is coming from outside and the countries are realizing that even if they disagree with how other governments are making their decisions, they need to back each other up financially because it’s the only way to keep everybody strong.”

Perhaps one of the paradigm shifts wrought by COVID-19 will be a realization that countries need to work together. Whether that will ever involve a global currency is very much open to discussion.

For much more on currency – including Jim O’Neill on Bitcoin and whether the dollar will weaken in 2021 – click on the podcast at the top of the page.

Previously on The Answers Project: Will soldiers become obsolete? • When should children start school? • How much is a life worth? • Should exporting waste be banned?