Under normal circumstances, feeding athletes at the Olympic Village is a monstrous undertaking, but at this year’s Games in Tokyo, that task is even greater. Because athletes are not allowed to leave the village except for training and competition, they will not have the opportunity to explore the city and sample some of the area’s restaurants. This means chefs have the monumental task of bringing the flavours of Japan to the Village, to the tune of 48,000 meals per day.

RELATED: What will happen to athletes who test positive for COVID-19 at the Olympics?

According to the Japan Times, the Olympic Village can host up to 18,000 people at a time. Since athletes have nowhere else to go, organizers will provide 700 menu options, 3,000 seats at the main two-story cafeteria and 2,000 staff at peak hours to keep the whole operation running. Of course, Japanese food will be front-and-center, but other cuisine options will include Western and other Asian options like Chinese, Indian and Vietnamese.

Tsutomu Yamane, senior director of Tokyo 2020’s food and beverages services department, told the Japan Times the focus will not be high-end dining, but instead informal dishes like ramen and udon noodles. One main Japanese staple will be missing from the menu, however. Safety rules prohibit the use of raw fish, so the only sushi that will be available will include cooked shrimp, canned tuna, cucumber and pickled plum

“I feel it’s a lot of responsibility for us,” said Yamane. “We want them to enjoy Japanese food… but it’s major pressure.”

Athletes will also have the opportunity to taste some home cooking, courtesy of Yoko Nishimura, a local resident who won a competition to have her dishes featured on the menus at the Olympic Village. Reportedly, her dish will feature cold somen noodles topped with grilled salmon, steamed chicken, edamame beans, broccoli, plum paste and grated yam. She told the Times that her dish includes several ingredients that are good for the body, noting the athletes will want to eat something healthy when they’re trying to compete at a high level. 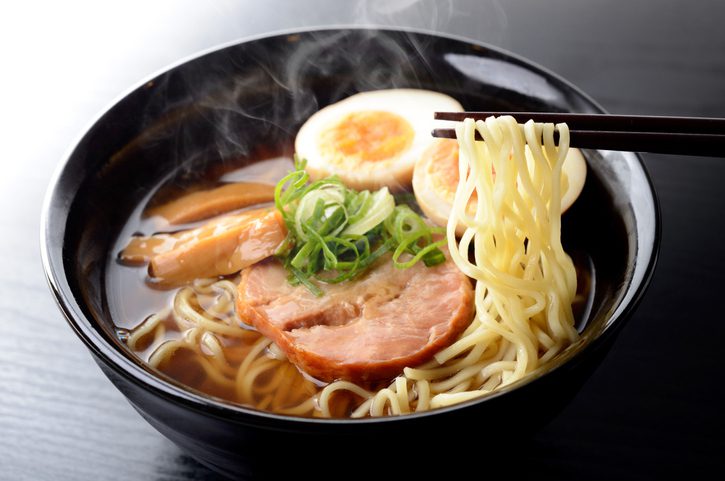 “Athletes coming for the Olympics could lose their appetites because of the hot summer and training hard. They may also feel a lot of pressure from competing in such a big event,” she said. “I would even say that eating this (dish) will let them compete in top condition.”

RELATED: Athletes will have to put their own medals on at the Tokyo Games

While this year’s Games will be much different than in year’s past, there is no doubt that the athletes will be well-fed and ready to perform when it counts.

Kitchen Classes from Monasteries Across the World